How serious is EPS ocean pollution?

Legislation banning the use of polystyrene foam packaging spread across the United States in 2019 – in efforts to eliminate a major offender of ocean pollution. Maine and Maryland both passed bills and will soon begin implementing fines for Styrofoam packaging containers. New York City joined Los Angeles County, Seattle, Washington, DC, and San Francisco with a legislative ban on EPS foam as well.

Industries are adapting to the legislative changes, changing their processes and materials to adjust to new sustainability standards and consumer sentiment. Polystyrene foam has been at the center of attention for a variety of reasons. It piles up in landfills, causes problems for recycling centers and is a major source of water pollution, with a damaging impact on our ocean ecosystems.

The problems with polystyrene

EPS foam is a single-impact material with no market for recycling. As a result, polystyrene products are quickly discarded and make their way onto beaches and into landfills. Single-use Styrofoam items find their way into the environment at high volumes — EPS represents 30% of all landfill space by volume.

Due to polystyrene’s physical properties make it a perfect pollutant. Its lightweight composition and buoyancy allow EPS to easily float and travel far distances – and all roads lead to the ocean. Research shows that 80% of all ocean pollution originates from the land, which points to toxic, land-based EPS trash as the primary culprit.

Most common debris in our waters

The numbers supporting this are staggering. Greenpeace states, “The scale of contamination of the marine environment by plastic debris is vast.” EPS foam is one of the main culprits, ranking second in total beach debris in Southern California, based on a recent study. Further, plastic pollution and specifically “polystyrene foam (Styrofoam) comprise 90% of all marine debris, with single-use food and beverage containers being one of the most common items found in ocean and coastal surveys.” 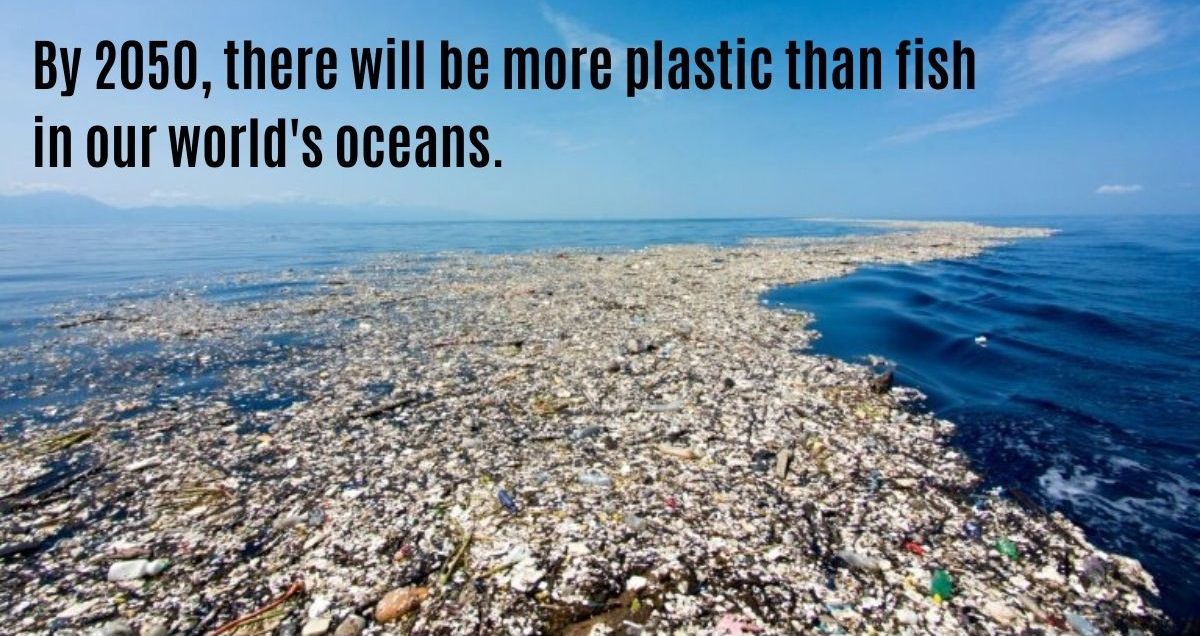 And it’s only getting worse, as polystyrene flows into our oceans at an alarming rate. In 2015, the Worldwatch Institute revealed that 10 to 20 million tons of plastic finds its way into our world’s oceans every year. That equates to more than 75,000 pounds of toxic water pollution every minute.

We’ve all seen images of seagulls with plastic rings around their neck. Or the shocking video of a sea turtle with a straw in one of its nostrils. But polystyrene represents a huge threat to ocean wildlife due to its toxicity and ability to contaminate everything around it. According to the nature film “A Plastic Ocean,” by the Plastic Oceans Foundation USA, more than 600 marine species have been affected by plastic pollution.

There are several critical elements that make polystyrene a danger for ocean ecosystems. One is its ability to pick up contaminants from everything it touches. This transforms it into a potent toxic material that travels up the food chain and poisons everything along the way. “Scientists have found plastic fragments in literally hundreds of species, including 86% of all sea turtle species, 44% of all seabird species, and 43% of all marine mammal species,” states Environment America, and, simply put, “the worst forms of plastic pollution is polystyrene foam.”

EPS foam also disintegrates over time in water without actually degrading, creating thousands of microplastics that spread throughout the oceans, endangering wildlife for thousands of years. A gigantic, poisonous cloud of polystyrene. “A smog of microplastic particles, billions of them, very toxic over a wide area,” describes The Swim.

Scientists continue to study the consequences of microplastics on ocean animals, finding evidence that polystyrene particles cause digestion problems, clog appendages, and bioaccumulate in fatty tissue. In fact, researchers are studying how microplastics build up and cause adverse health effects for humans through the consumption of fish and seafood.

Know where your material ends up

Polystyrene foam pollution shows how some companies fail to take into account the true end of a product’s life cycle. What happens to the material after its done its job? Companies neglect the entire life cycle of a material, which results in EPS foam being rejected at recycling centers, dumped into landfills, and floating out to sea – threatening ocean ecosystems around the world.

It’s time to replace polystyrene foam with more sustainable materials and stop the leak of toxic pollutants flooding into the ocean. EPE USA utilizes 100% curbside recyclable, multi-impact cushioning foam, to allow for opportunities for recovery and reuse of packaging material. By designing for closed loop ecosystems with materials like polyethylene and polypropylene, companies are able to buy packaging once, recover and reuse solutions multiple times – then recycle it back into itself. And by engineering solutions that nest, collapse, and stack, return costs are minimized during transit, enabling a completely closed loop recovery system.

The sustainability movement has shone a spotlight on the devastating impact of plastic pollution on our oceans and polystyrene has been exposed as a primary offender.

Switch from EPS to materials that are easily recycled and help stop marine debris at the source.

Talk to one of our packaging experts today and replace your polystyrene with more environmentally sound materials.